The colours and flavours of spices conjure up images of exotic lands and ancient times. Today, many of our favourite global cuisines use spices unique in texture, aroma, and taste.

India is the birthplace of many of these ingredients. It’s a country that’s as colourful and enticing as the spices themselves. India remains the world’s largest producer and spice exporter, producing nearly ten million metric tons last year.

Known as the “Land of Spices”, this unique and diverse country grows fifty of the 80 varieties of spices from around the globe. Each with a distinct flavour and medicinal value.

The spice trade has a fascinating history. It can be traced back to the Silk Road when demand for spices gave rise to the first international trade routes. During this time, the Far East became more connected with the rest of the western world.

Spices were a valuable and much-desired commodity. Everyone was enchanted by their mysterious origins. It is said that Christopher Columbus stumbled upon America while searching for the “Land of Spices” took place during this period. Like many others, he was driven by a desire to uncover the most direct route to where spices were plentiful and inexpensive.

The spices that we take for granted today were a rare and celebrated commodity a few centuries ago. Egyptians were fascinated by spices and began trading with the Indians, using routes along the Red Sea.

The Arabs had a geographical advantage. They began to dominate maritime routes and block trade to other continents. Pepper and other spices and herbs were in high demand in Europe and often used as money.

Roman soldiers were often paid a “salarium” in salt. The word salary is derived from the Latin word for salt (“sal”). Cloves were bonus payments to 16th-century dockworkers in London. 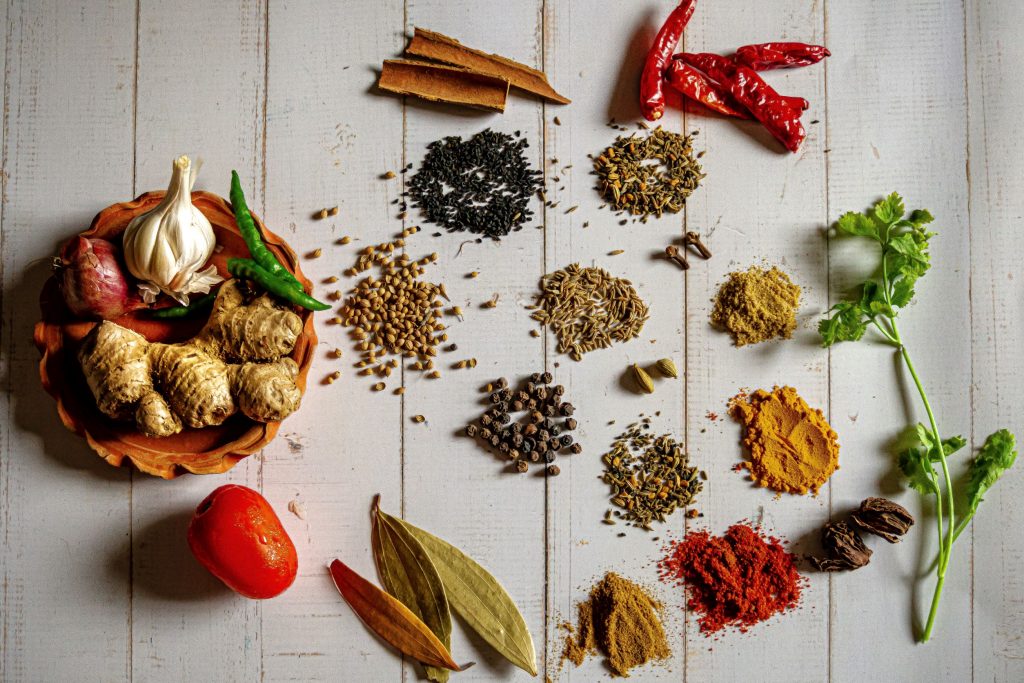 India has an agro-climate with diverse weather conditions and soil types. This allows spices from other parts of the world to adapt incredibly well. Therefore, each Indian state has its own menu of spices from that region.

For thousands of years berries, dried leaves and plant roots have been transported along legendary spice trade routes.

Turmeric, ginger, and chilli can grow in most parts of India. Pepper is grown in Kerala’s warm and humid climate. Saffron comes from subtropical Jammu and Kashmir.

In most Indian dishes, you’ll taste pepper, turmeric, chilli, and ginger. Some recipes use tree spices such as clove, nutmeg, cinnamon, asafoetida, and kokum for extra flavour. Our favourite garnishes come from seed varieties such as coriander, mustard, and ajwain.

Indian spices are no longer only found in Indian dishes. Cuisines from around the world welcome these exotic flavours, colours, and textures to enhance their food.

Besides adding flavour to our food, spices are well-known for their medicinal properties and health benefits. Experts researching the causes of obesity and diseases that plague many societies have turned to dietary charts for answers.

They have discovered Indian food, cooked with generous amounts of spices rich in healing properties, is healthier than the typical western diet.

Ayurvedic medicine is one of the world’s oldest whole-body healing systems. It’s based on preventative care of the mind, body and spirit. Several Ayurveda herbs and spices are scientifically proven to have beneficial health effects. For example: 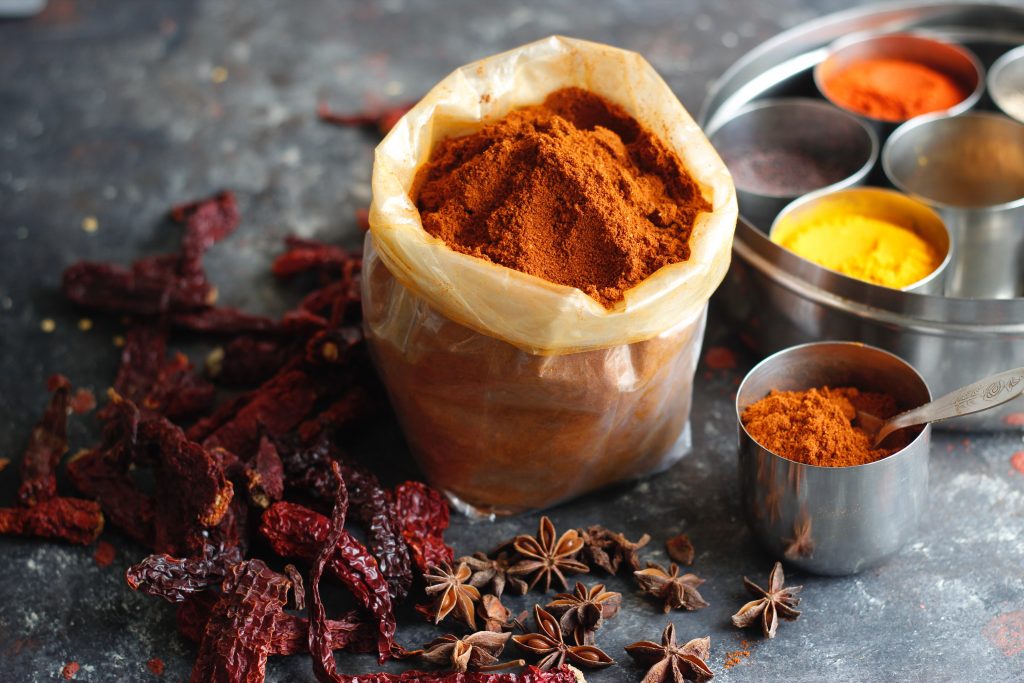 Indian spices have played a role in the quality of our food and our health. They laid the foundation for discovering continents via new trade routes and are a symbol of cultural globalisation.

Spices have hugely contributed to the modern world and have attracted us to the beauty and splendour of the Indian subcontinent. Anyone who has visited India will never forget the bursts of colours and flavours of this vibrant country.

Spices are no longer a mystery or a luxury and have become staple ingredients in most kitchens. Today, as we enjoy the rich and aromatic spices that make up our food, we can thank the Indian traders for their generosity.